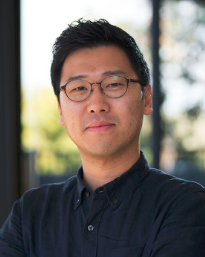 Prof. Hyuk-Jun Kwon received his B.S. degree in mechanical engineering from Korea University in 2007 and his M.S. degree in mechanical engineering (MEMS) from KAIST in 2009. Then, he worked for two years with Samsung Advanced Institute of Technology (SAIT).  During this time, he conducted research on next-generation displays such as reflective, MEMS, foldable, and 3D holographic displays. In August 2015, he received his Ph.D. degree with a designated emphasis in nanoscale science and engineering from University of California, Berkeley, where he spent another five months afterwards doing a postdoctoral fellowship.  After that, for one and a half years until August, 2017, he worked for Lam Research (Fremont, CA USA), one of the largest semiconductor equipment companies. In September 2017, he joined in Department of Information and Communication Engineering at DGIST as an Assistant Professor.